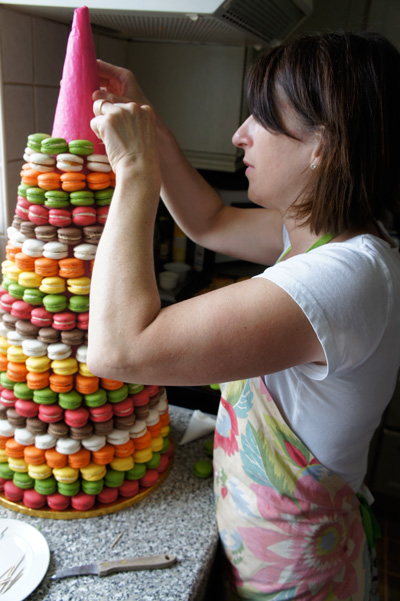 Having spent the earlier part of her career as a trained Patisserie chef, Lynne has worked in some of the best boutique hotels in the South West starting her career under Joyce Molyneux at The Carved Angel in Dartmouth, then moving to Thornbury Castle and finally settling for 10 years at Ston Easton Park as Patisserie Chef.

Known for high standards and attention to detail Lynne uses local ingredients with a keen eye for detail, but taste and flavour always come first! Based near beautiful Broadway in the north cotswolds, she is ideally placed for weddings in Gloucestershire, Oxfordshire and Worcestershire.

Lynne now mainly focuses on patisserie, cakes, traybakes and pastries for local delicatessens including The Broadway Deli, The Market Pantry, Number 32, Russell’s of Broadway and The Potted Pantry.